As you may know, late Mr. Lukose Naduparambil, whom we dearly called Lukachen, or Lou, was actively involved in the community and was an excellent volleyball player. We all experienced Lukachen's love, affection, and friendship. In memorial to this fine induvidual, we have formed the N.K. Lukose Naduparambil Sports Foundation.

Lukachen was born on November 21, 1952 at Karimkunnam, India in the Indukki district. He completed school at St. Augustine's high school in Karimkunnam and joined Newman's College, Thodupuzha. He became the captain of the volleyball team in college and was selected to the Kerala University team. He joined Kerala State Electricity Board volleyball team in Moolamattam, but decided to go to the United States of America in 1980. In 1987, the Kerala Spikers Volleyball Team was formed in New York and he was one of the founding members and lead player of the team.

Lukachen was involved in many social and cultural activities. He became the President of the KCCNA and was a well known member of the malayali community.

Lukachen died in a tragic accident on February 27, 2003 in Wayne, New Jersey. He is survived by his wife Usha, son Cyril, and daughter Serene. The mayor of Rahway, New Jersey, had proclaimed February 27, 2004, Lukose K Naduparambil day. 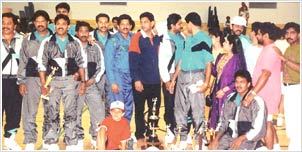 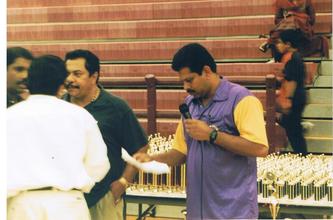 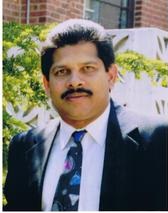