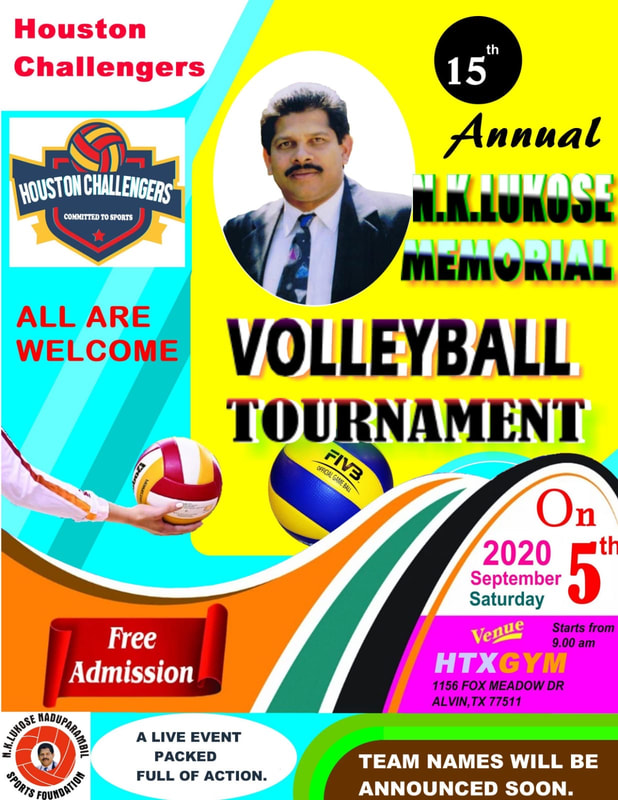 On behalf of the Detroit Eagles Volleyball Club, we are delighted to extend a formal invitation to you for the 13th N.K. Lukose Naduparambil Memorial Volleyball Tournament in Detroit on Saturday, September 1, 2018. As your hosts, we are looking forward to making this year’s event a successful and exciting experience for all! Tournament details can be found below:

Banquet will be at gym, immediately following tournament’s closing ceremony.

If you have any questions, feel free to contact any of the tournament coordinators listed below:

We look forward to seeing you at the tournament on Labor Day weekend! 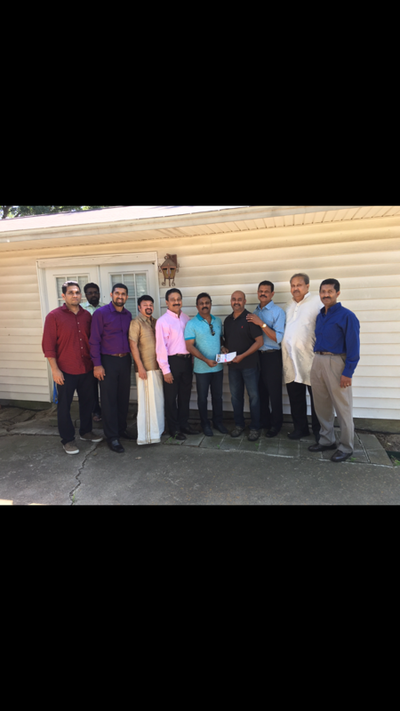 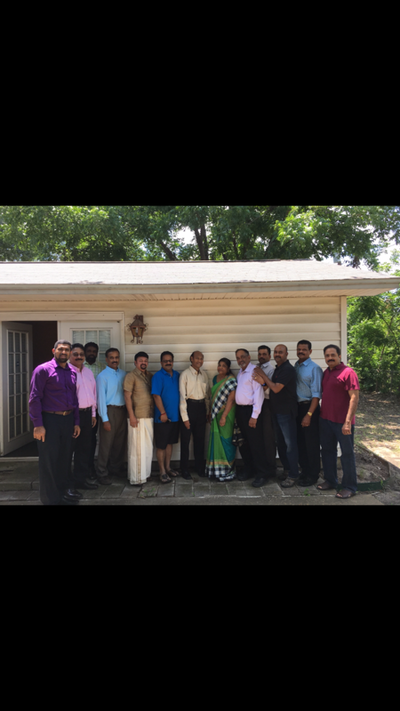 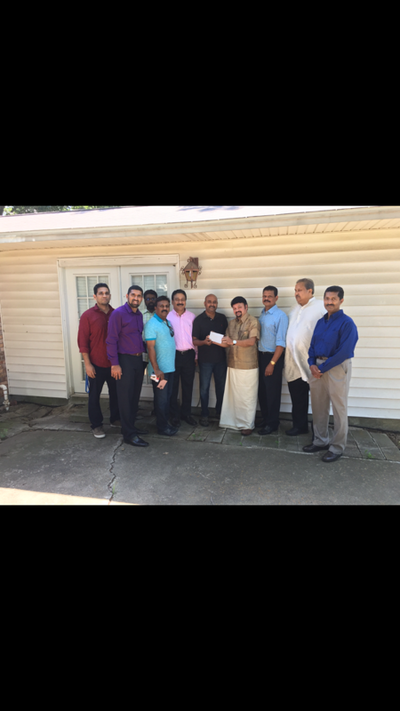 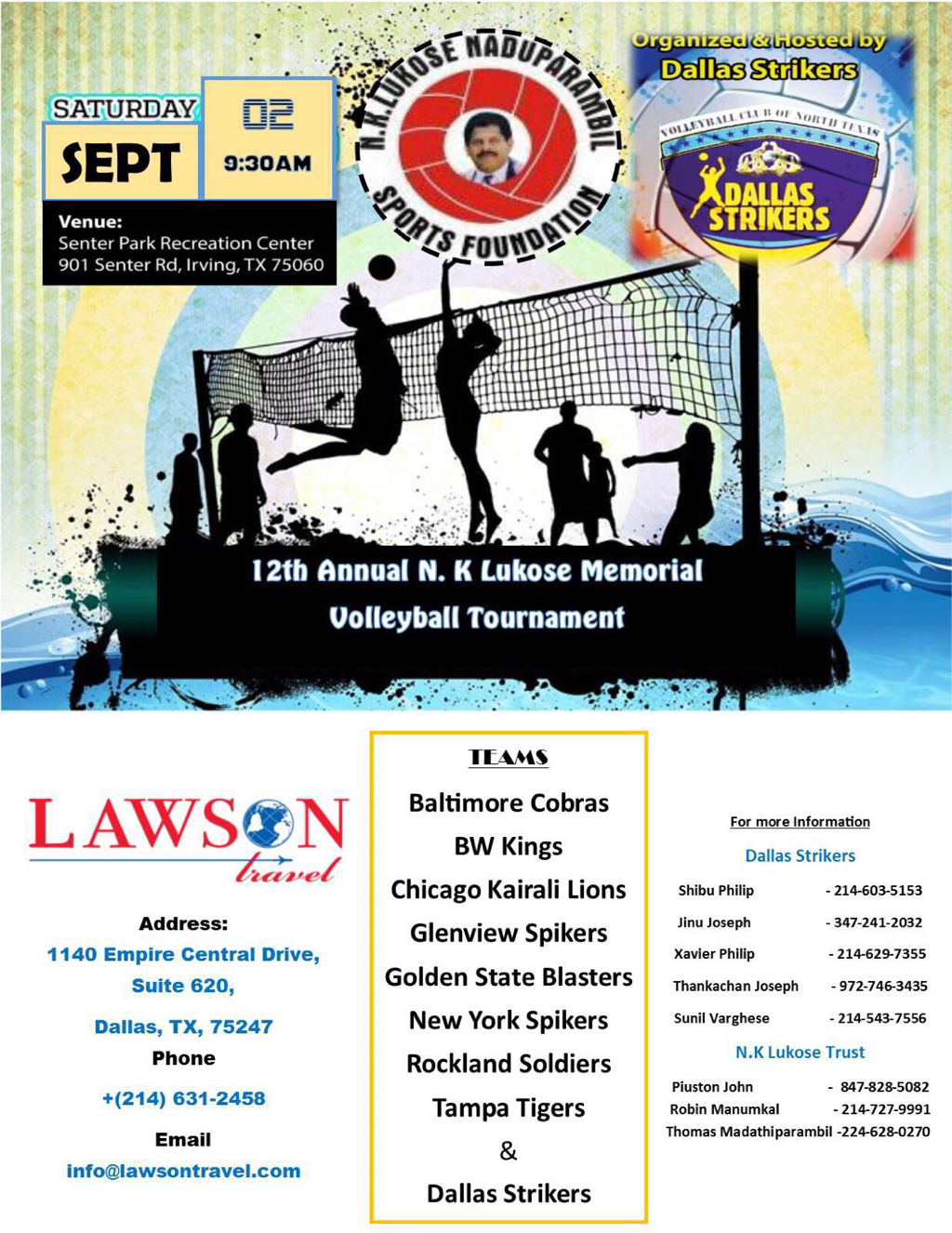 I am very glad to inform you all that the 12th N.K.L.N. Memorial Volleyball Tournament will be conducted by the Dallas Strikers in Dallas, Texas on Saturday, September 2, 2017. As you all know, the Dallas Strikers are one of the pioneers of promoting volleyball in North America among the Malayalee community. Their love and enthusiasm towards the game of volleyball are very much honored and appreciated.

The tournament venue and accommodations will be informed by them at a later time. It will be a one day tournament only.

A decision has been taken to allow each team to include one player from a foreign country (not including U.S.A and Canada) in which both parents (father & mother) are of 100% Malayalee origin and must speak Malayalam fluently. That particular player's information must be reported to me 3 weeks in advance of the tournament. I will investigate thoroughly and give you all the results. (For example, in Kerala, there are a lot of non-malayalaees who can speak Malayalam fluently, but they are not born of both Malayalee parents. They are not allowed). Without my permission, please do not bring any players of that category.

In dispute of the origin of any participating players from North America, that particular player's parent (father or mother) of Malayalee origin must be present at the time of the tournament and come with proper identifications to prove the identity of that particular player (passports, birth certificates, etc).

If you have any questions, feel free to call me and all disputes should be cleared before the tournament.

Wish you all the best, 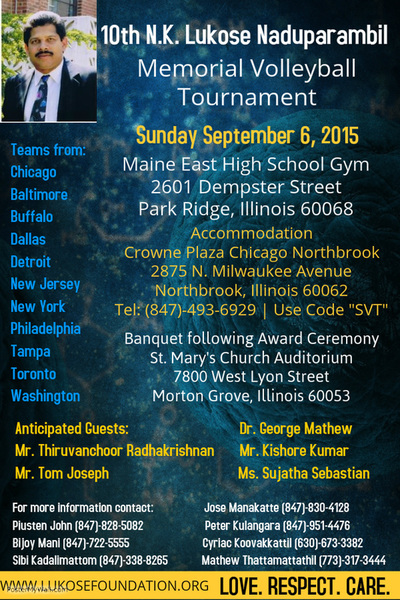 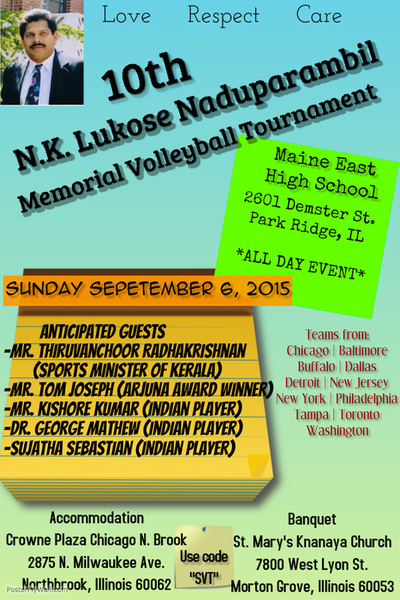 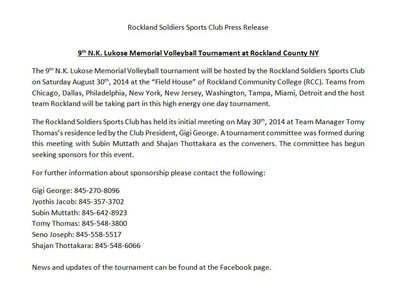 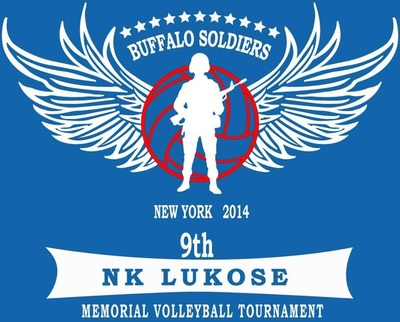 A spectacular volleyball show during the Labor-day weekend in Coral Springs:
It was a great gift to the sports and games lovers of South Florida what Coral Spring Gymnasium presented on Saturday, in front of 600 South Indian fans from different regions of the nation. Hollywood Challengers volleyball club, mainly run by South Indian Kerala community, hosted the 8th Lukose Memorial volleyball tournament. The tournament held every year in different cities of the US and Canada remembers Mr. Lukose Naduparambil a renowned volleyball player from India. Teams from Boston, New York, Tampa, Buffalo, Philadelphia, Dallas, Chicago, Washington, Tampa and S. Florida displayed spectacular volleyball with some spikes flying at 80 miles speed.

The mayor of the city of Coral Springs Mr. Vince Boccard inaugurated the tournament with throwing his ceremonial first ball. The tournament started with the US National Anthem sung by Rosy Vadaparampil. Mr. Thomas Kuruvilla of Bill Daley Insurance, Dr. Thomas Panavelil, the president of Hollywood Challengers club and Mr. George Naduparambil, the president of Lukose foundation welcomed the guests.

An Indian drums entertainment by about 20 drummers under Joseman Karedan’s leadership could be heard several hundred feet away. Chantings, clapping and the party mood rattled the gymnasium throughout the day.

While the host team Hollywood challengers represented by captain Gijo John, Tinu, Oommens, Jerry & Josh, Destin, Sajan, Anish, Vinu, Jino displayed great kills and teamed-up blocks, they succumbed to the momentum and pace of the guest teams. While New York Spikers beat Dallas Strikers in pool 1 semi finals, Chicago Kairali Lions beat Philadelphia Philly stars in pool 2 semifinals. Both semi-finals were long three set matches. Chicago Kairali lions won the finals against New York Spikers with stunning back to back kills by Rintu Philip who became the MVP of the tournament. While Merril from Chicago Kairali Lions was selected as the best defensive player, Avinash of Spikers was awarded the trophy for the lightning defense. Sanal Thomas of Chicago was chosen as the best setter of the game.

The trophies for the winners were awarded by Mr. Jose Thomas, CPA of Thomas and company, Inc. South Indian Connection &  Sounds by DJ Mrinal made the event very lively. 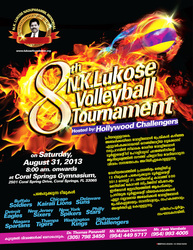 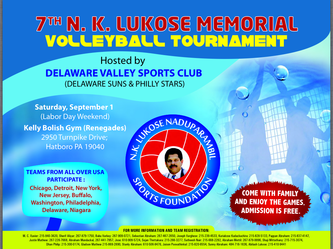 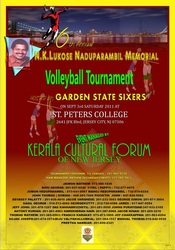 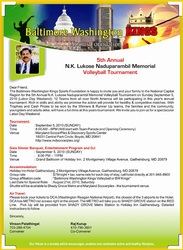 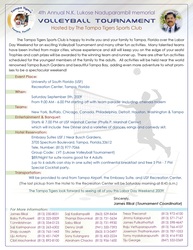 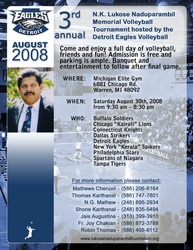